John Ewing and the Creation of Formula 707

John Ewing was born in a time and place when people were close to the land, and good animal husbandry was essential to success, if not survival.

The second of five children raised on a farm near Boulder,Colorado in the opening years of the 20th Century, the young John Ewing learned at an early age – as all children of that time did – the practical aspects of animal care.

Always a good student and known as “one of the smart kids” in his neighborhood, Ewing accomplished an unusual feat for his time by graduating from college with a degree in Mechanical Engineering from the University of Colorado.

Although he earned his diploma just as the Great Depression was hitting its stride, he was able to secure a job with Western Alfalfa in Lamar, Colorado where he learned the craft of making animal feeds. Here, too, he began a lifelong quest for ways to make them better. 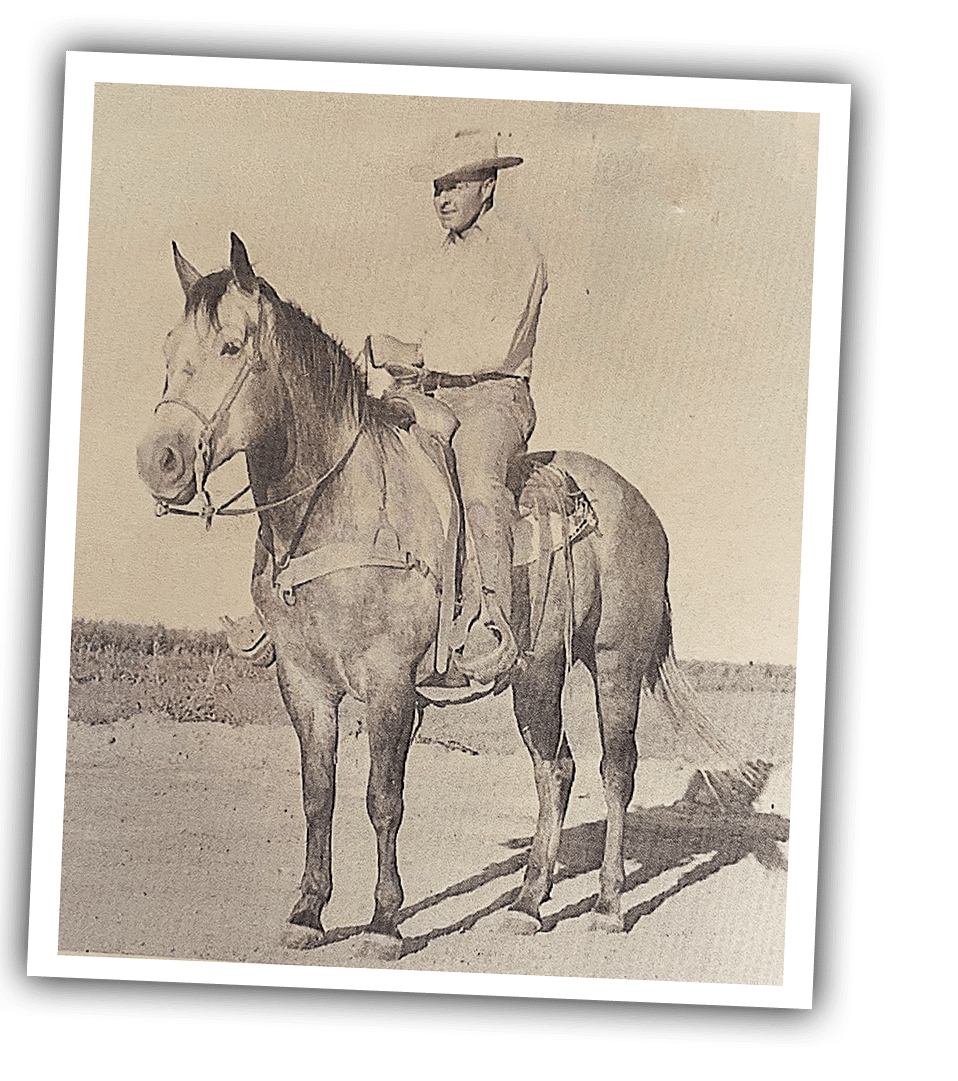 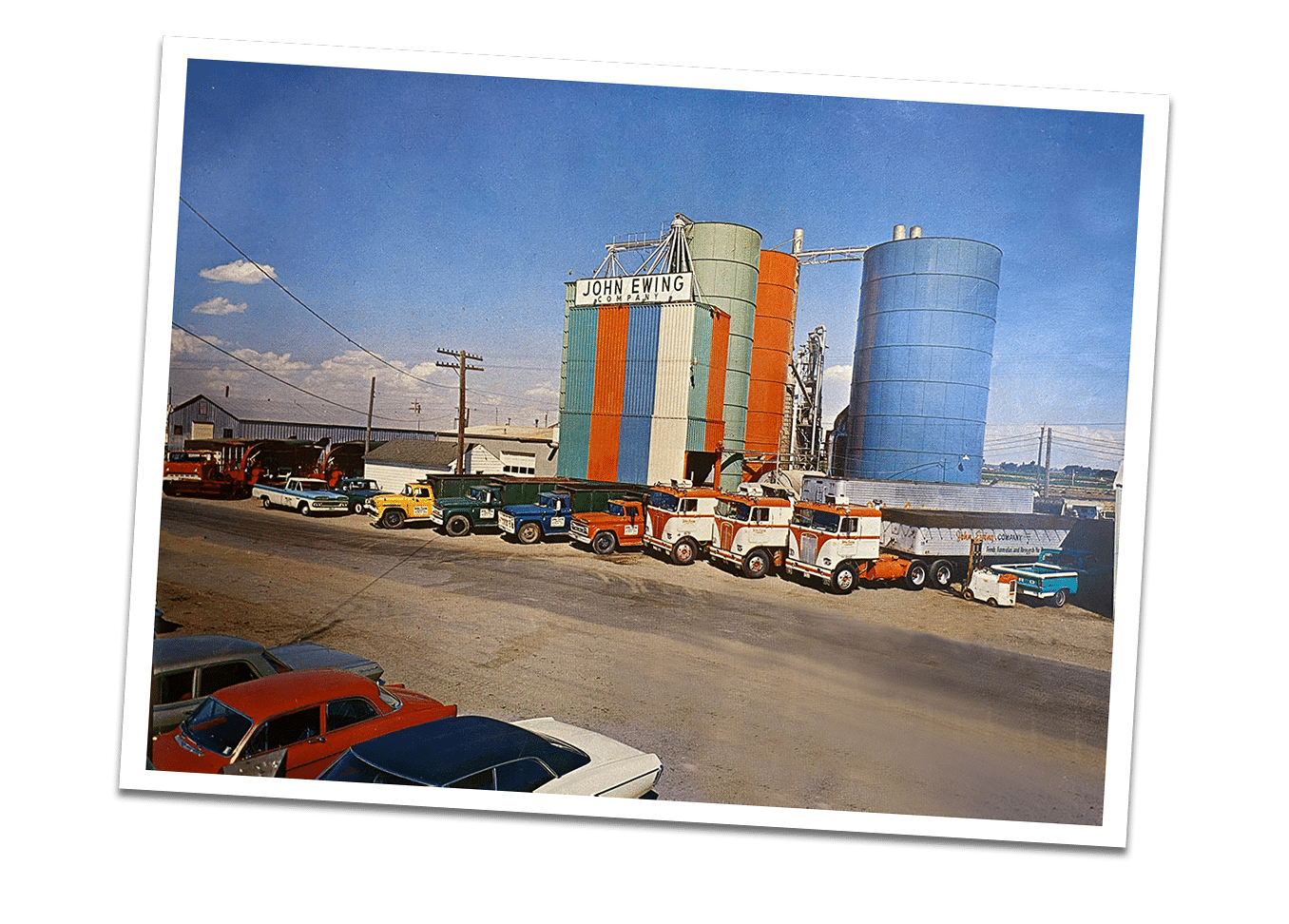 In 1946, Ewing went into business on his own, making feeds in an alfalfa dehydrating mill he built himself and marketing them throughout the region. By the early 1950s, he had begun formalizing his nutrition research with a flock of 300 Corriedale sheep imported from Australia, testing different formulations for their effect on growth and reproduction.

He soon began experiments on cattle and horses, and discovered that the addition of chlortetracycline, a low-grade antibiotic, would dramatically accelerate the growth and condition of young horses. Although the government later removed chlortetracycline from animal feeds because of environmental and health concerns, it helped establish the original Formula 707 Daily Essentials as an effective – almost miraculous – supplement to improve health and condition. Prior to the introduction of Formula 707, there was virtually no market for equine nutritional supplements in the U.S., and the significant success of this particular product helped lay the foundation for what would become a worldwide, multi-billion dollar industry.

By the early 1970s, Ewing had completely shifted the company’s interests away from bulk cattle feed to the development and production of new products for equine health and performance. The company kept, bred and tested scores of horses at a time, at an 80-acre facility near the present company headquarters in LaSalle, Colorado. About this time, Ewing also embarked on a pastime and passion he would have for the rest of his life: breeding, raising and racing Thoroughbred horses. His personal interest in helping horses perform at their peak on the track fueled the development of many new products under the Formula 707 brand.

John Ewing died in 1990, and although ownership of the company has passed out of the Ewing family since then, we stand by the same commitment to product innovation and quality that has made Formula 707 products a mainstay for horse owners for over 60 years. John Ewing Company continues to test and develop new products, always with an eye toward enhancing the lives of animals and their owners. 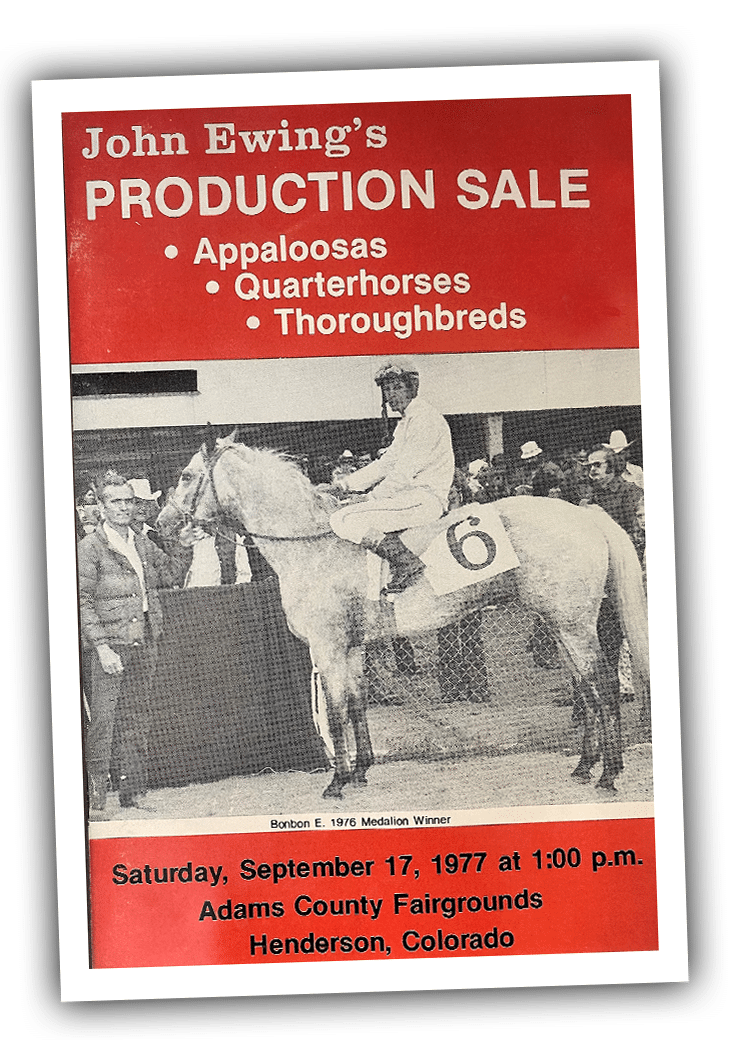